There is a new brewery that is now Kosher certified. With the update of the the current Boston Beer LOC on Dec 14th, a brewery that is under the A & S Brewing division of BBC has been added. This brewery is called Angel City Brewing . There are currently 3 beers that are Kosher Certified, they are:

If any beers are added I will iy'h update this list.

Posted by Avrahom Pressburger at 2:54 PM No comments:

With Spring just around the corner(yeah right), the Boston Beer Company has released their new seasonal variety pack. The 2018 version is called American Craft Lagers, and has three classic beers and three new ones. 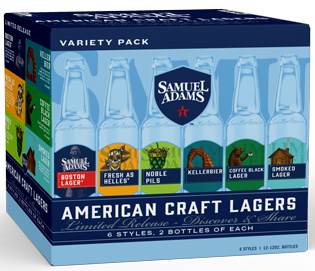 For the first time in well over a year the Star-K has updated their LOC to include current beers! Therefore all the information on the pack's beers are on the current LOC.
The beers are:
Therefore the entire pack is kosher certified.

Posted by Avrahom Pressburger at 9:02 AM No comments:

Sam Adams is catching on with the latest craft beer craze. That is the hazy New England IPA, that have been made famous by other New England Breweries.
The beer is less bitter than the classic IPA, along with tropical and juicy flavors, that has become notoriously famous for the Juice-like look, from the unfiltered Haze. Breweries around the country are brewing this style, with some having people line up for their canned releases. The older more traditional breweries have been a bit slow on brewing this style, however with this release Boston Beer is coming along for the ride. 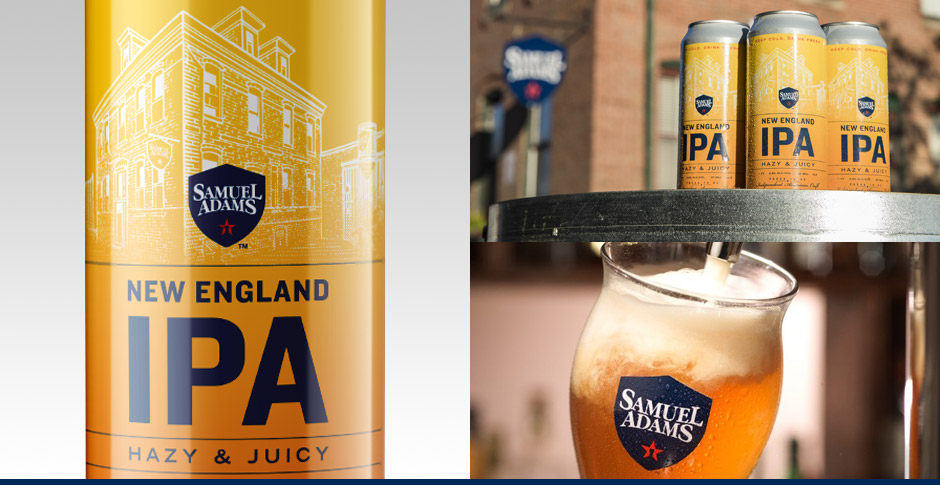 The beer will be available on draft and in 4-Pack 16oz cans.
Click here for more info from the brewery.
A close look at the label tells us that indeed Sam Adams New England IPA is certified Kosher under the Star-K. Making it one of the few Kosher-certified NE IPA's.

Posted by Avrahom Pressburger at 3:05 PM No comments:

This beer is another from the Sam Adams Fall Variety Pack, and is called Honey Rye Pale Ale.
There seems like there is a lot going on in the name of this beer, as there are three separate titles.
Honey, which is based on the use of honey malts. Rye, which is another malt that is added to beer, usually for spiciness of the malt. Finally there is Pale Ale, which classifies a beer brewed with pale malt, and plenty of hops. For Sam Adams description of this unique beer click here.

Honey Rye Pale Ale pours amber with a huge cream head, that has amazing retention, and refuses to dissipate.  A citrus burst hits me in the face at first sniff, followed by the spicy rye. The taste is rye malt with caramel, followed by subtle grapefruit & pine, with a spicy rye finish. The feel is light to medium bodied, with average carbonation. Overall, a nice balanced Rye Beer that has the pine notes of a Pale Ale.